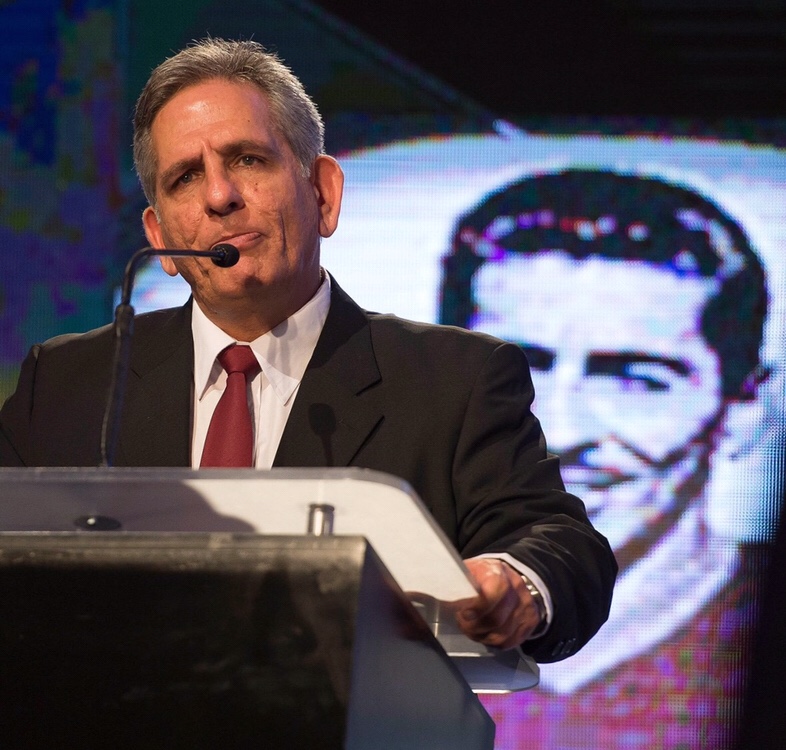 GLIEROIDELCALCIO.COM (Arcadio Ghiggia) – 1950, a number that can be anything: a house number, a quantity of money, a multitude of things, but for us, the Ghiggia family, is something special. For us, 1950 is a year, and July 16th of that year is a remarkable date. It is Alcide’s birthday, Alcide Ghiggia, our father, the man whose birthday arrives twice a year. He was born in Montevideo on December 22nd of 1926, but life was generous with him, he gave him another day to celebrate, like an “extra birthday”. He deserved it, clearly, after making the most important goal in the history of football. A goal that changed the story between two countries, but also football in general. Brazil, after that defeat, has learned a lot, affirming  itself a little later in the world for several times. So I can say that my father was not just a football player, he was a master of life in making everyone understand a country, and not only that the games must first play and then, possibly, celebrate. Never the opposite. 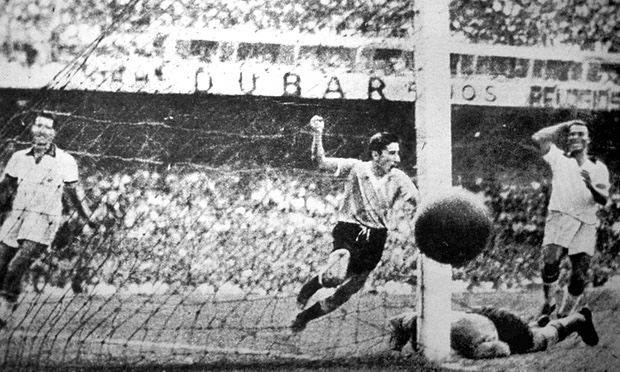 I realized this by him here in Uruguay, when we returned to Montevideo in 1962. At school my classmates talked to me continuously about 1950 and they told me “Your father is a hero, he made the goal that gave us the triumph , the triumph of Uruguay “. I did not know anything, I thanked everyone without knowing what they were talking about. “What do they talk about?” I wondered, “I do not know anything about that world”. For me Dad had been a great footballer of Rome, and I had also seen him live at the Olympic Stadium in Rome. So I asked my father what my classmates were talking about at school, and he told me in a very kind way: “Arcadio, I scored a goal and Uruguay won a World Championship”. Here, I received this news like that, simply. I was nine years old. Time is always his job and I then studied a lot the history of that championship and the role of my father. Over time that simple news has become a reason of pride for me and my sister.

Was difficult to see Dad as a Hero, “My Cid” comes to my mind, where the leader Ruiz Diaz de Vivar fights the Moors to free his beloved land. My father fought for Uruguay, to make him win the world championship.

A great man in the world of football, both in Uruguay and worldwide, to the point of becoming an icon, but humble and reserved in his private. He spoke little of 1950, of that game … in recent years almost never. And he never boasted of what he did in that world, I never heard him speak in a negative way of a teammate or an opponent. He had a deep friendship with the Brazilians against whom he had won, as well as with the Brazilian people. They love him too and I’m witness of that for having lived it, and I re-live it every time I go to Brazil. He did not often talk about that 1950 game, out of respect for his companions who were gone, he was left alone; the last player of both teams.

I believe that with time, this memory has become very heavy for him. The day after having reached all his companions up there, with whom he has begun to tell and laugh about their thousand stories, one of his friends told me: “Your father told me, in these last years, that he told that goal a million times , to the point of wondering if he had done well or not to do it. If it was a point of merit or  demerit “. To this I answer that I know perfectly, he did the goal, he won the world championship, but he always thought of his friends on the team, and above all, more importantly, he thought of the Brazilians because of that football match, they passed from heroes to national shame. Especially the poor BARBOZA, the goalkeeper to whom he scored, who was considered as a  kind of criminal home, suffering this penalty until his death. This was not right for my father. This was not right for Alcides Ghiggia World Champion.

A man who chose July 16th  to greet the world. The same day, after sixty-five years from the goal that gave it to history, in 2015, unfortunately it is missing.

One day written in the destiny of this man.  A death that is increasingly linked to that July 16th.  Almost wanting to damp down  the fire of that suffering that others have had to suffer because of that goal. This was his concern. This is his destiny.

He has been and will continue to be a great father to us, a friend, a wise counsel. A man who only need to take one look to understand.  A man always sweet, calm, who did not need to raise his voice. He was always very happy with us, he showed us a great sense of fatherly love. He was, is, and will always be the ALCIDE GHIGGIA World Champion.

I want to thank my friend FEDERICO BARANELLO with all my heart, for giving me the opportunity to write this short article about my father. 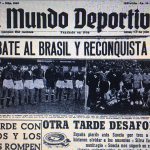 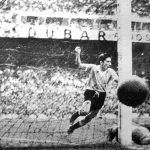 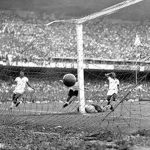 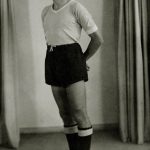 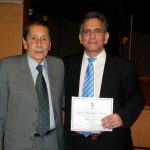